I bought a new camera a couple of weeks back. Nikon D90. This is a follow on to the popular D80 model Nikon released two years ago and I bought in October 2006.

In terms of features this is an incremental upgrade from the D80: 12MP sensor, better high ISO performance. Menu system is now same as the high end D300. One other highly touted feature is ability to record 720p HD movies. I really don't care about it so I haven't even tried. Another 'marketing' feature is Live View. It works OK. Auto-focus in Live View uses contrast (instead of phase) difference and is much slower. It can take 2-3 seconds to get a focus lock in Live View. It's a nice to have feature when handing this camera (which I rarely do) to a noob to take a quick group shot. I keep my Olympus 720w handy for that. So what did I do with my D80 you ask? Well, Ebay! I was able to sell my D80 on Ebay for $520!! New out of the box it sells for ~$700 or so. Not bad, considering it's a 3 year old camera. This time I also added another lens to my lens chest (now I have total 4 lenses). Nikon AF-S DX 10-24mm. It's a wonderful lens for wide angle photography. Very sharp and moderate distortion. Nikon's Capture NX 2 software has software based distortion correction feature in the new 2.1.1 release. I have found that it works reasonably well. I was just looking for an opportunity to go on a hike after I got my lens but did not find any buddies to go along so I went alone. And because I was alone I chose to go to popular places like Multnomah falls, Bridal Veil falls and the Vista House. All by car of course (no hiking). The lens is just awesome! Checkout some of the photos from that outing. Of course I'm keeping my 18-200mm lens for general purpose shooting and the 50mm f/1.8 for portraits. I also have the 35mm f/2.0. 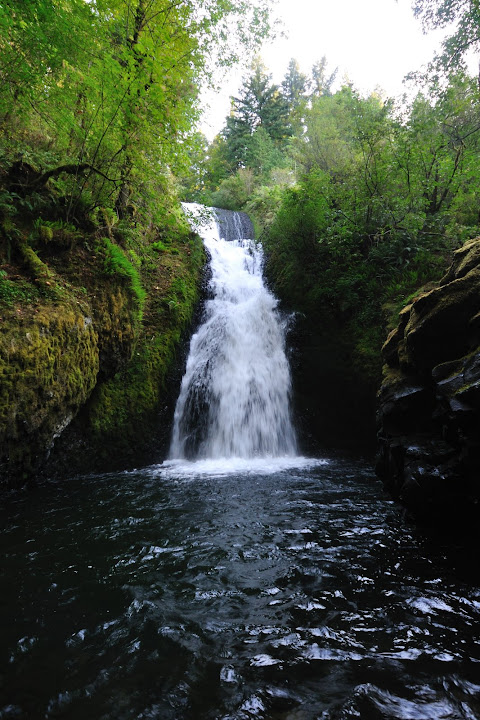 Blogged with the Flock Browser